Lisbon forms a very important location for the archival research, filming and public display of works. Having already spent two weeks as a part of an international Triangle Trust residency in October 2015 at the Hangar art residency, I will be return there for two months to further identify and film in relevant locations.Some of the important sites include the Jardim Botanico Tropical, The Military Museum, Arquivo Historico Ultramarino, Lisbon, the Jeronimos Monastry, the port of Lisbon and many more sites of historical importance of Portuguese maritime trade.
The site of the display in Lisbon will be Belem which has celebrated monuments like the Padrao dos Descobrimentos commemorating Portugals maritime voyages and discoveries. This also forms the site of the port where the famous Portugese navigator Vasco de Gama set off to explore the world. The planned visual culmination of the project in Lisbon will allow us to come a full circle in expressing the pain of loss during transporation of slaves from Africa.

Ilha de Mozambique forms the starting point in the project. The site of the departure of the ship, the isalnd is entrenched in a physical and visceral memory of slavery and migration. During my two week recce trip, I worked closely with scholars and experts on slavery and migration at the island. Some of the experts include Luis Filipe Pereira, Yolanda Pinto and Dr Ricardo Teixeira Duarte from Eduardo Mondlane University Maputo and also a part of the Slaves Wreck Project. Working with these experts, I identified the different sites where slaves where kept before being shipped off across the Atlantic. Many of these places known as factories are located next to the sea and still bear the traces of slavery. Along with spaces in the main island, I also located spaces in mainland Mussoril and made a trip six hours away from Ilha to a island called Sommna. Accordinging to Ricardo, this would have been one of the first few places linked to migration across the Indian Ocean. An island that can be visited only during low tide, the structure bears traces of Swahili architecture and a central space used by the locals to conduct ceremonies. Sommna, I was told means ‘built by the spirits’. 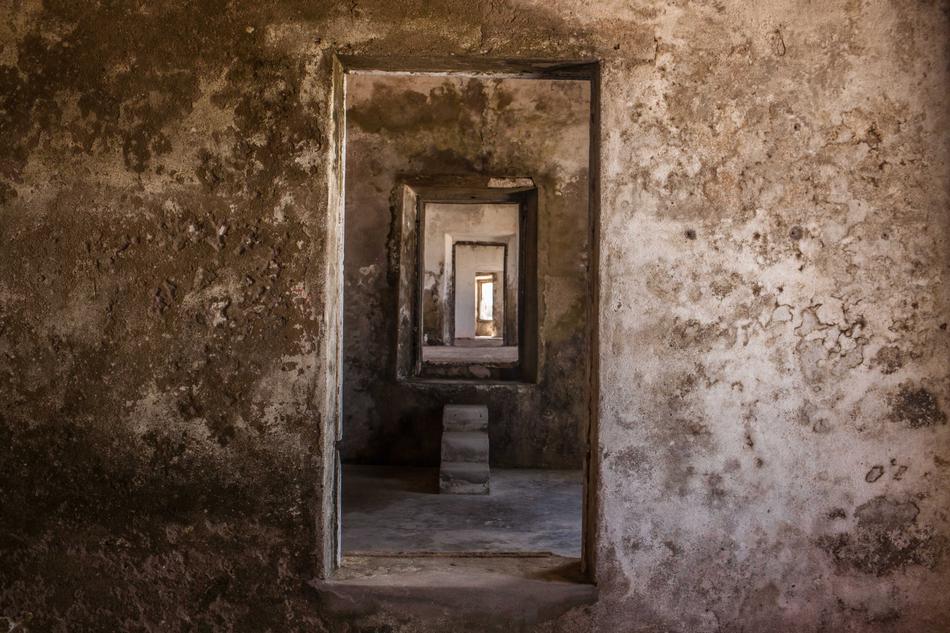 Cape Town forms the central point in the entire project. It is here that the San Jose paquette de Africa sank with 212 slaves on board. Besides filming at the site of the Clifton beach where the ship sank and having already filmed the remains of the ship under treatment at the Archaeology department of the Iziko National Museums, I will be presenting contemporary forms of bondage by focusing on the theme of the oceanic migrations where mobility is suspended. 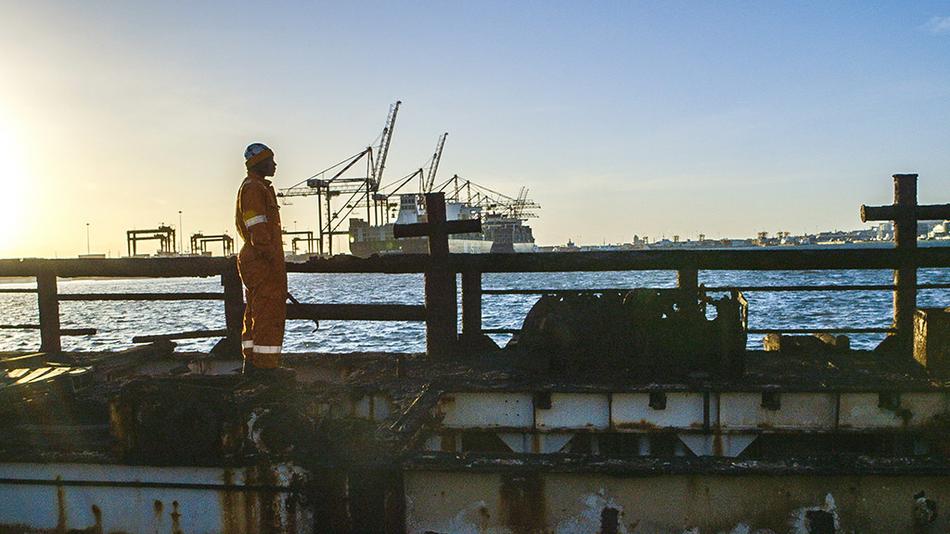 As the journey of the ship progresses from its starting point in Mozambique to it’s final destination in Lisbon, a crucial parallel narrative builds along side the journey. We witness states of suspension within the world of oceanic mobility by encountering three different stages of ships being stuck. Traversing across time and space, we view these three ships as our ship sails on. All three sites connect around the theme of black bodies being suspended in precarious environments of threat or uncertainty at sea. The three sites are as follows: