Cape Town’s beautiful Clifton beach, a playground to the privileged white South Africans, is also a site for the remains of the San Jose paquette de Africa, a working Portuguese slave ship that sank with 212 slaves onboard in 1794, their hands and legs shackled as they drowned. A few kilometers from where the wreck lies Cargo ships enter and leave Cape Towns busy port laden with thousands of shipping containers, their contents invisible, rarely discussed. The shipwreck and those invisible Containers is what drives us from South Africa to tell this story to the world and apply to the Sundance New Frontiers Lab in the U.S; the land where the slave ships transported people from Africa.

Playing on the theme of the ‘invisible’ our project Container uses the hidden world of goods crisscrossing the globe in anonymous shipping containers to highlight the lives of the invisible millions that continue to be enslaved in new forms of modern day slavery. It is not only the outsourcing of the production of commodities to the developing world that seeks cheap labour; world major cities are filled with invisible people forced into economic and domestic servitude. People have become commodities, which is the very definition of slavery: people as products.

Positioned at the intersection of virtual reality and installation art, the project invites people into a surreal maze like world of containers. Once inside the first container the viewer is invited to wear a Vive VR headset that transports them into the virtual space of an identical container, built using photogrammetry in Unity where they can walk around and explore the space. It looks almost identical to the first container but with one key difference: as they explore the space they can no longer see their body, they can touch the walls without seeing their hands, they become invisible.

To access our next container the viewer must sit down on any of the four benches where they will trigger a 360 video. Bench A triggers a video that shows a container with a beautiful red carpet with a woman desperately trying to clean it. Suddenly the same container morphs into one full of coca cola bottles, the glass clinking as a crane moves it onto a truck. The Container resets itself again and we are introduced to a man trapped inside a sinking container adrift at sea as water gushes through the ceiling and he screams desperately for help.

We are aware of the potential traumatic nature of the experience. If it becomes too much for the viewer, they can stand up and leave any time. They will return to the second container where they are invisible. They can try another 360 video by sitting on a different bench or they can remove their headset and become visible again. We have a different narrative style assigned to each bench and are exploring ways in which we can use the space of the container to tell different stories of people caught up in economic servitude.

We plan to finalise the characters and the script by March, 2018, film for the project from April-June, 2018, post production July-October 2018 and complete the project in October-November 2018.

Container engages with contemporary international politics of human rights. We would like to partner with international bodies for the outreach of our project since the project has great potential to be exhibited worldwide. We envision the project being exhibited as an installation piece in museums and as a place based exhibit at different international ports. It is easy to access a container at a low rental cost anywhere in the world thereby making the movement of our piece easy. We will also develop the project without the installation experience so it has a wider outreach to the audience. For the outreach we are in communication with human rights NGO’s and organisations that would be interested in helping us install the work during the global anti slavery day in October 2018

Images from the promo of container screened at the IDFA Forum, Amsterdam, November 2017 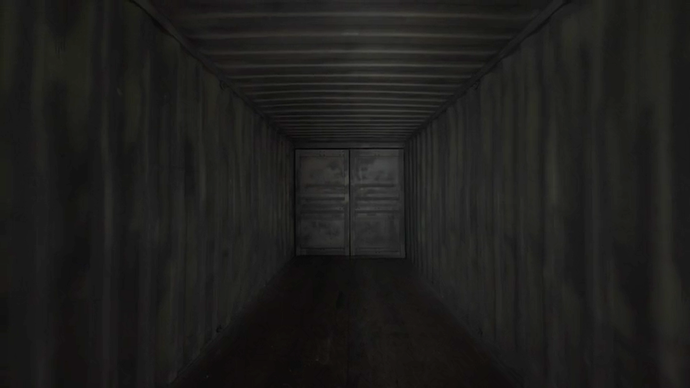 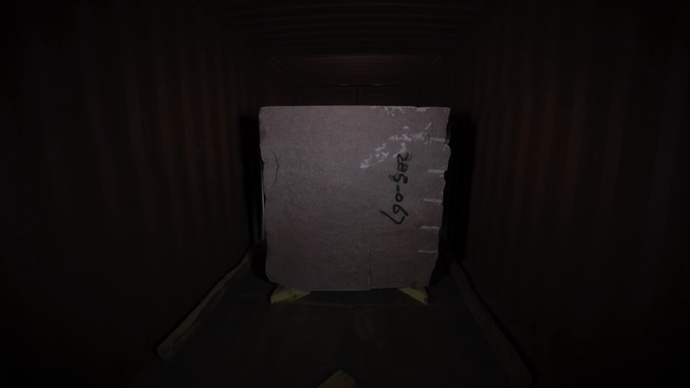 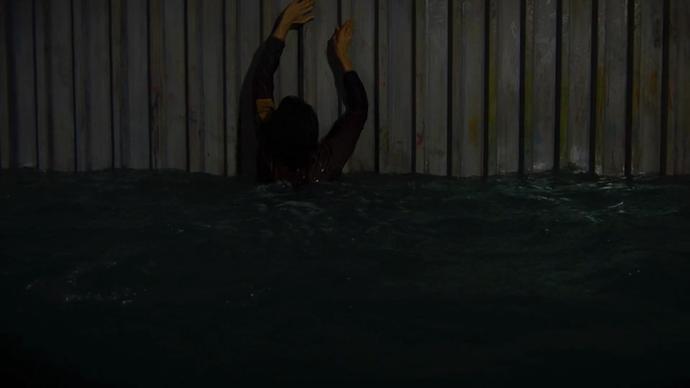